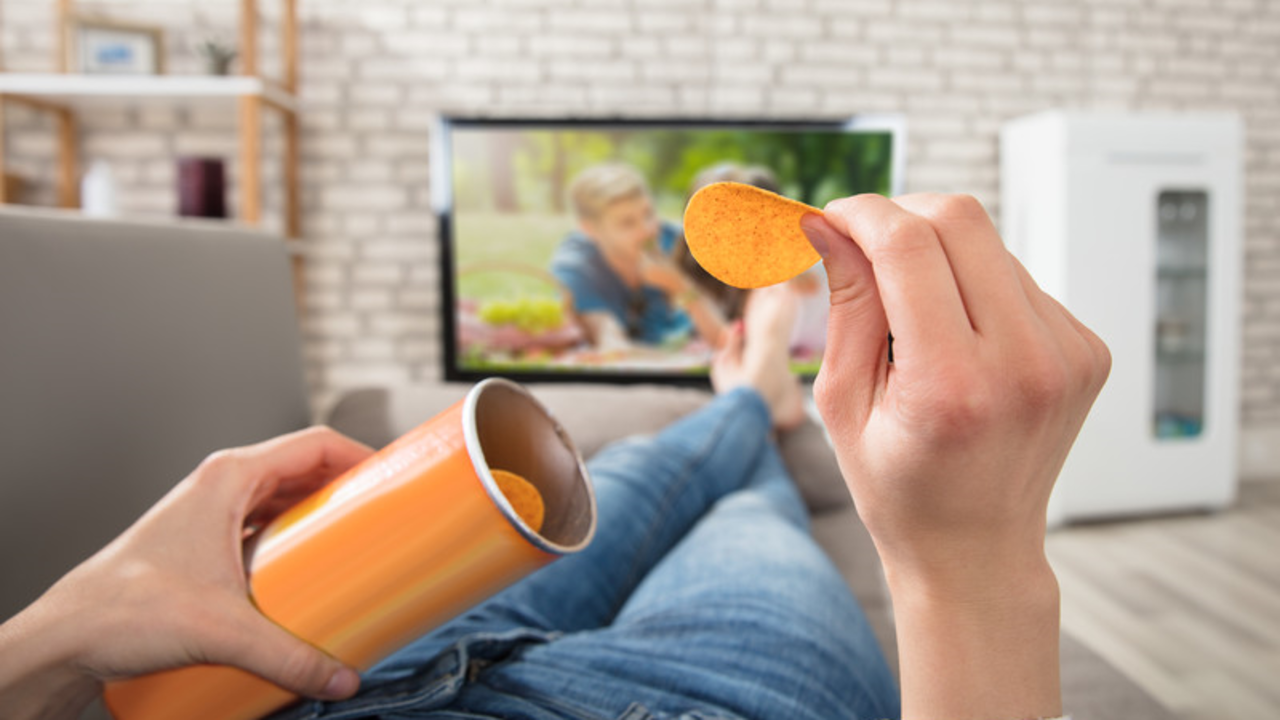 “Physical inactivity in my view, is the biggest health problem of the 21st century…We have been engineering movement and energy expenditure out of our everyday life.”Dr. Steven Blair, Public Health, University of South Carolina.

Think of our human ancestors, millions of years ago on the African savanna. As early ape-like people started to walk upright, it became increasingly difficult to rely on the protection that they had been previously afforded by living in trees. They were soft, defenseless animals that had to depend only on their wits and their legs to survive being attacked by predators. They truly needed to move to live.

As their brains grew, they also had to cover more ground to find higher quality food. With increased access to a more nutritious diet, their larger brains allowed them to create things like tools and weapons, and this ultimately led to an out-migration to Europe and throughout the rest of the world.

Human brains have grown at a rate unlike our primate relatives. The brain size of our hominid ancestors almost tripled by the time we came to resemble modern day people. All this brain growth, one could argue, was thanks to our need to move throughout expansive areas of our environment.

The evolution to upright motion also led to changes in our locomotion. As a result, today we are beautifully designed to walk. It takes the coordination of millions of neurons along with multiple bones, joints, and muscles just to take one step. The irony is that this evolutionary change that contributed so heavily to the survival of our species is the same adaptation that is the most underused in industrial societies.

Unlike our foraging ancestors, we no longer must cover long distances on foot. Now calorie-dense food is all around us, contributing to a higher input of energy than our prehistoric ancestors would have ever imagined. But here is the puzzling hole in conventional thinking about our high-calorie modern diet: Although significant attention has been given to the “energy in” side of the weight-gain equation, calorie increases in the past several decades have been relatively modest while obesity rates have skyrocketed.

The energy-out portion of our day may be a much more important part of the story. Advancements in technology, science, and robotics have all been designed to give us an easier life. These changes have been so dramatic that many modern workers fear future job losses connected with the shift toward automation. Modern inventions have other important unintended consequences. Most notably, our daily movement has been reduced so dramatically that “sedentary behavior” has become a rapidly growing field of scientific study.

Researchers are interested in our lack of daily movement because it plays a major role in increased levels of chronic disease risk (e.g. Type II diabetes and hypertension), obesity, and some would argue, reduce levels of good mental health. Sedentary behavior is notable because it differs from other previous areas of research on physical activity. That is, sitting for long periods on a regular basis is a health and weight-gain risk unto itself. These risks occur even in those who are meeting physical activity guidelines. And even for those who exercise regularly, being inactive for most of the day has the potential to increase the likelihood of developing chronic disease.

There are many ideas about how sedentary behavior also combines with dietary habits to further impact our weight. One theory is that sedentary individuals don’t lower their calorie intake enough to match the low-calorie output associated with a mostly seated life. This excess energy is ultimately stored as fat. In fact, this may be one of the most important ways in which people gain fat mass over the long term.

Another one of the interesting pieces of this puzzle can be explained by the concept of “metabolic flexibility”. In the normal course of our day, we ingest fats, carbohydrates, and proteins all of which our bodies use in differing amounts for fuel. In a healthy individual, the body is able to adjust to differences in excess nutrients and use these three components in a more flexible way. Ultimately, this leads to less efficient fat storage in those with greater metabolic flexibility, which translates into less weight gain overall.

Many overweight people and those with Type II diabetes have reduced metabolic flexibility. Why the difference? It seems that movement is the key part of the story. In one study, men with healthy weights who were put on bed rest for three weeks mimicked the same metabolic inflexibility as their obese counterparts. In fact, researchers found that the most important determinant in metabolic flexibility is regular physical activity.

As obesity rates are markedly higher in those with measurable sedentary behaviors (e.g., TV watching and sitting at work), researchers have also linked sedentary time with over-consumption of food. Certain activities seem to cause us to overeat more than others. TV viewing is one of the biggest culprits associated with over-eating. Researchers looking at TV viewing and food consumption found that television-watching participants overate certain foods by more than 70%, having an average increase of 288 calories per meal eaten in front of the TV. Doing this only two times per week would cause an annual weight gain of almost eight pounds.

Diabetes has also been linked with inactivity. In 19 studies of individuals with pre-diabetes (the precursor condition to Type II diabetes) physical activity was shown to significantly slow the rate of progression of the condition. Type II diabetes is also a major risk factor for cardiovascular disease risk (CVD).

According to the Sedentary Behaviour Research Network, “…physical inactivity is now the 2nd leading cause of death in the U.S. and the 4th worldwide. This represents about 5.3 million deaths per year, which is equivalent to the 5 million deaths attributed to tobacco usage.” Sedentary behavior and CVD have been linked in several studies. In one example, researchers reported that participants who spent ten or more hours in a car per week had an 82% higher risk of CVD mortality than those who spent fewer than four hours per week. This is an important consideration given that one third of worldwide deaths can be attributed to CVD.

The health risks associated with low levels of daily movement has led to federal physical activity guidelines in many countries. Recommendations are typically that adults get 150 minutes (five, 30-minute sessions) of moderate to vigorous activity per week. Even if in most developed nations people were meeting these guidelines (which they are not), there would still be the problem of limited movement in the other 23 and half hours per day.

These other hours are the ones that we should be focusing on in an entirely new way. This is especially important in those who are unable to get regular, structured exercise. Time spent sitting down should be something that we strive to break-up and reduce as much as possible. This is not to say that structured exercise is not necessary, it just means that if we focused more on moving in a 24-hour period, we would likely have far better health overall.

What does more daily movement look like? The easiest way to think about this is to try to recall your own activities over the last 24 to 48 hours. Many people drive to an office, take an elevator to their desk, sit for many hours (sometimes taking lunch at their desk), drive home, and sit for much of the evening. How much time did you spend today sitting down?

Once you have pinpointed your most inactive times of the day, try brainstorming ways that you could move more. Some of the easy ways that you can increase your daily activity are:

1.By taking public transit, even once a week. In one study of transit users, walking to and from the bus stop added an additional 21 minutes of activity per day. This doesn’t sound that significant, but over the course of a typical work week, transit walkers added over 100 minutes of additional exercise. Depending on the intensity of the walk, this could translate to a significant number of additional calories burned per month — no gym required.

2. By parking farther away from your destination. What if every time you drove somewhere you made a point of parking at least one block away? Parking the car and walking is an easy “low hanging fruit” way of adding more daily activity.

3. By getting up from your desk every 30 to 40 minutes. If you work in a seated job, setting an alarm to get up and move at regular intervals not only helps with extra movement, it also allows you time to stretch and refocus on your tasks at hand.

4. By breaking up tasks at home. This is an easy way to add in more movement around the house (ask anyone who wears a fitness tracker how many times they have marched around their house to get in more steps). For example, carry laundry in smaller loads and make more trips.

5. And most importantly, by matching your movement to a trigger behavior. This is probably the single more important change that you can make to your daily routine. Most ideas for exercise require you to commit to a certain schedule or time. What if you used the more mundane activities that you already do to increase your daily movement? Think about the effort it takes to remember to brush your teeth — you likely don’t have to remind yourself to complete this task. This is because of something termed “automaticity”. What this means is that there are certain behaviors in our lives that are so automatic that we barely realize that we are doing them. If we use these behaviors as triggers to move more, we are much more likely to be successful long-term. An example of this would be using the trigger of brushing your teeth to simultaneously do four squats. Brushing your teeth twice a day would give you a full set of squats without ever leaving your home!

We really can increase our daily energy output significantly, separate and apart from engaging in regular exercise. For many years, we have been so laser focused about getting people to exercise 30 minutes a day, five days a week that we have missed the fact that many people have very little movement for the other 23 and a half hours per day. Our focus needs to shift to promoting more overall movement throughout the day.

The research is clear that humans were made to move, and that inactivity is hazardous to your health. Inactivity is considered a primary contributor in cardiovascular disease, osteoporosis, stroke, hypertension, type two diabetes, colon cancer, and breast cancer. We know without any doubt that regular physical activity is one of the most profound health interventions available in the prevention of chronic disease across the lifespan. If we could package the benefits of regular physical activity into a pill, it would be prescribed to almost every single person. Even modest increases in physical activity could potentially prevent thousands of premature deaths annually that are attributable to lifestyle-related health conditions.

So, what are you waiting for? Get up and move. And repeat often.